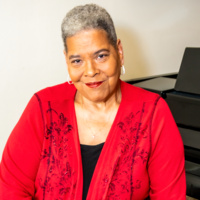 Virginia Walden Ford: The Struggle for an Education

Virginia Walden Ford is one of America’s leading advocates for parent empowerment. As a student, a mother, an advocate, and a grandmother, Virginia has spent her lifetime fighting to create new educational opportunities for children and families.  A native of Little Rock, Arkansas and the daughter of two public school educators, Virginia and her twin sister, Harrietta, were among the first 130 students chosen to desegregate Little Rock’s high schools in the mid-1960s.  While she was raising her three children in Washington, D.C., Virginia was shocked that so many children were forced to attend failing, crumbling schools simply because they lived in the “wrong” ZIP codes. In fact, she worried that her own son, William, was falling through the cracks of a system that wasn’t focused on the best interests of children.  In 1998, she took action, forming a grassroots organization, D.C. Parents for School Choice. Along with a group of dedicated parents, Virginia went door-to-door, neighborhood-to-neighborhood, recruiting and training thousands of other parents to stand up for their children’s futures.